News / Midland Handling / When Did the First Conveyor Belt Appear?

When Did the First Conveyor Belt Appear? 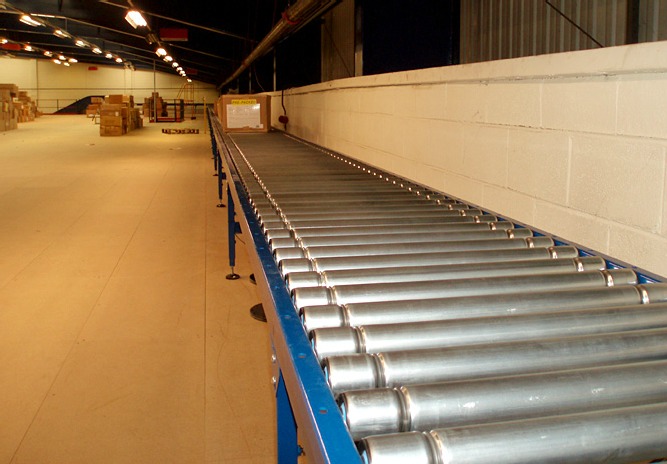 The origin of conveyor belts goes far back in history. Since the world started manufacturing, they have been an undeniable part of industrial progress and success. In this article, we’ll discuss the reason for the appearance of conveyor belts and whose idea they were.

The first attempts at automation were made almost two centuries ago. However, conveyor belts received bigger recognition at the end of the 19th century, or to be exact in 1892. Thomas Robins, an American inventor, created a conveyor which was further used for coal, ores and other related materials carrying.

Almost 10 years later, their production was continued by the Swedish engineering company Sandvik. And by 1905 Richard Sutcliffe, an Irishman based in Yorkshire, invented the first proper conveyor belts to use in coal mines. Since their appearance, the mining industry went through significant changes. It was clear that the times of absolute manual labour would be coming to an end. And it’s not surprising considering growing appetites for high production levels in manufacturing sectors.

Henry Ford was the next who introduced conveyor-belt assembly lines at the Highland Park, Michigan factory of Ford Motors in 1913. Since then, conveyor belts started getting better and better. The Turnover Conveyor Belt System by Goodrich Company was the conveyor belt that was the most alike to our modern examples. It was unique for the time as it had a much longer life span.

An interesting fact is conveyor belts used to be made of leather, canvas, and rubber. These materials were set on wooden constructions to ensure the delivery of goods from mines. Modern conveyor belts are produced of synthetic materials and polymers which makes them easy to look after.

Not long after the invention of The Turnover Conveyor Belt System in 1957, in 1966 Deacon Brothers opened their small installation business in the UK. The success of their work led to the opening of the Midlands Handling Equipment company in 1973.

Since then, our company has always been highly successful and popular in the field.

If you want to receive the best quality service and products, then don’t hesitate to get in touch with us today. Midlands Handling Equipment looks firmly to the future, ready for challenges and more fascinating projects!